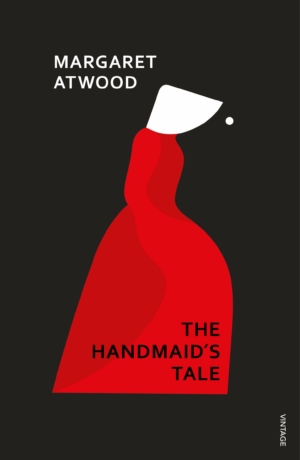 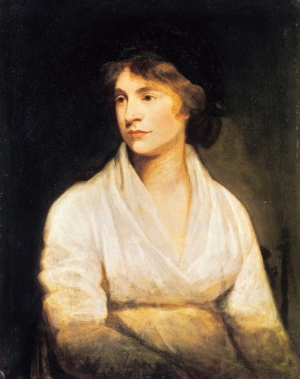 Since we’re apparently being held captive as a nation to what writers were thinking in 1788, let’s go back to 1792, when Mary Wollstonecraft published A Vindication of the Rights of Woman. What might Wollstonecraft, landmark English feminist, say about the not-entirely-unexpected but still devastating decision today by the Supreme Court, 6-3, to overturn Roe v Wade, removing American women’s constitutional right to abortion?

Probably what the majority of Americans (including many Christians) say: Abortion isn’t a good thing or a lightly chosen thing. But denying women and their doctors the right to make this decision according to the situations of their own lives – rape, abuse, life-threatening medical conditions, just to name a (very) few – denies them the personhood that’s the basis of rights in a democratic society. (Forcing a woman to bear the child of rape has been defined by the United Nations as a war crime.) And our thinking as Americans about “life” or “rights” or the children we claim to care for is not particularly clear right now. One month ago today, another elementary school classroom was attacked by a disturbed young man with a military-grade assault weapon; “Uvalde” has now joined “Sandy Hook” as shorthand for our national shame. Teachers are leaving the profession in droves because our salaries and support from parents and school boards are so low; for many of my fellow educators, COVID was the last straw. But literally within the same 2-day period, the Supreme Court also struck down New York State’s law limiting guns in public, and a “bipartisan gun safety bill” (sadly, it is better than the nothing we’ve had) still didn’t ban the weapons that killed those children. A baby-formula shortage has left parents hunting for infants’ food. And spiking heat waves continue to signal that we are wrecking the planet those infants will inherit. To anyone celebrating today’s decision, here’s a serious question: what are you doing about these threats to “life?” And are you really sure (unless you are a corporation) that this Court’s attack on non-explicitly-enumerated rights will stop with the overturning of Roe? One commenter to the New York Times put it well: “The Supreme Court has buried its own legitimacy with the women and gun victims they are condemning to death, in the same grave.”

Wollstonecraft was what we’d now call a systems thinker: one political problem or injustice is never only about itself, but always a symptom of weaknesses, hypocrisies, or unclear thinking throughout that society. In all her writings, she’s clear that a healthy society is built on healthy families, which themselves are built by healthy, rational, respectful relationships between men and women that respect the inherent dignity, rights, and responsibilities of both parties and provide a safe environment in which children can thrive. And for Wollstonecraft, rights and responsibilities always do go together. Her feminism holds both parties to account; women need to respect themselves and look beyond the approval of men for a sense of self-worth, and men need to recognize that women have as much right to self-determination, reason, and the exercise of rights as they do themselves. Women aren’t broodmares. We aren’t “naturally meant to be” wives and mothers alone. We aren’t “naturally incapable” of rational thought and choice and meaningful work. Why, then, do men deny women these things that they’d never deny themselves?

Wollstonecraft believed every human soul is made by God with equal capacities for discovery, upward striving and growth, and self-determination. We’re here to grow as selves with something to say, to become worthwhile people who find identity, joy, and purpose in meaningful relationships, learning, building, contributing positively to the world. Things go wrong when we start to invest our identities in things that cannot, and are inherently not meant to, provide a stable foundation for selfhood. Like, “who finds me sexually attractive” (especially complex when, in Wollstonecraft’s time and ours, sexual attractiveness to men can mean, at least in theory, “meal ticket?”) Like, “can I buy the biggest and best [insert name of consumer good here] on the block?” Like, “can I buy and maintain my access to a weapon of mass murder that was never meant to be in civilian hands?” If you base your identity in consumerism – the possession of particular things, or the reduction of yourself to a thing – then you are, literally, selling yourself short. This is one reason why she objects to men treating women like possessions, like concubines, like handmaids: in treating another human as an object, you are confusing your terms of value in every sense of that word. You are denying that human the rights you value for yourself. And confusion of values leads you to worship dangerous things and enter into blatant hypocrisies: where would constitutional originalism land its star proponent if applied to his own life, right now?

Wollstonecraft might not have liked abortion: she carried both of her pregnancies to term, inconveniently and, in the second daughter’s case, fatally. She would have respected sincere conviction that an unborn child is also a person, deserving of rights. Yet she would have certainly condemned the self-serving hypocrisy the overturning of Roe v Wade alongside ongoing gun-worship reveals in the last week alone: men (and they mostly are men) have trumpeted “rights” and “self-determination” and “no government interference in my life” to keep their own hands on the weapons of murder that slaughter children in classrooms. Yet those same men (and many are men) now applaud the removal of a woman’s constitutional right to decide, with her doctor, when carrying a child inside her body would ruin, or end, her own life.  So. We’re back at some basic questions: how / do you truly value life? Are you doing your part to build a socially and ecologically healthy world that enables justice and flourishing for humans and nonhumans? And, most basically of all: do you really believe women are people, just like you?

I can’t stop thinking about a story my grandmother, widow of a small-town Alabama doctor, told me more than fifteen years ago, about a night around the early 1950s. Your grandaddy got called out to the mill village in the middle of the night because a girl had tried to…. With a coathanger. With something sharp. He thought she might die. And I remember when he got home, how upset he was, how sad. In her tone was a rueful, entirely adult firmness recognizable in the pre-Roe generations of women who knew what it was like to face such situations and who celebrated – even if, sometimes, quietly – the right to decide their outcomes for themselves. My grandparents were conservative people. But both of them would have been aghast at the logic Justices Breyer, Sotomayor, and Kagan dissect and condemn in their dissent: they’d say the law has no business to drive a poor girl to desperation like this. And I think Mary Wollstonecraft would agree.