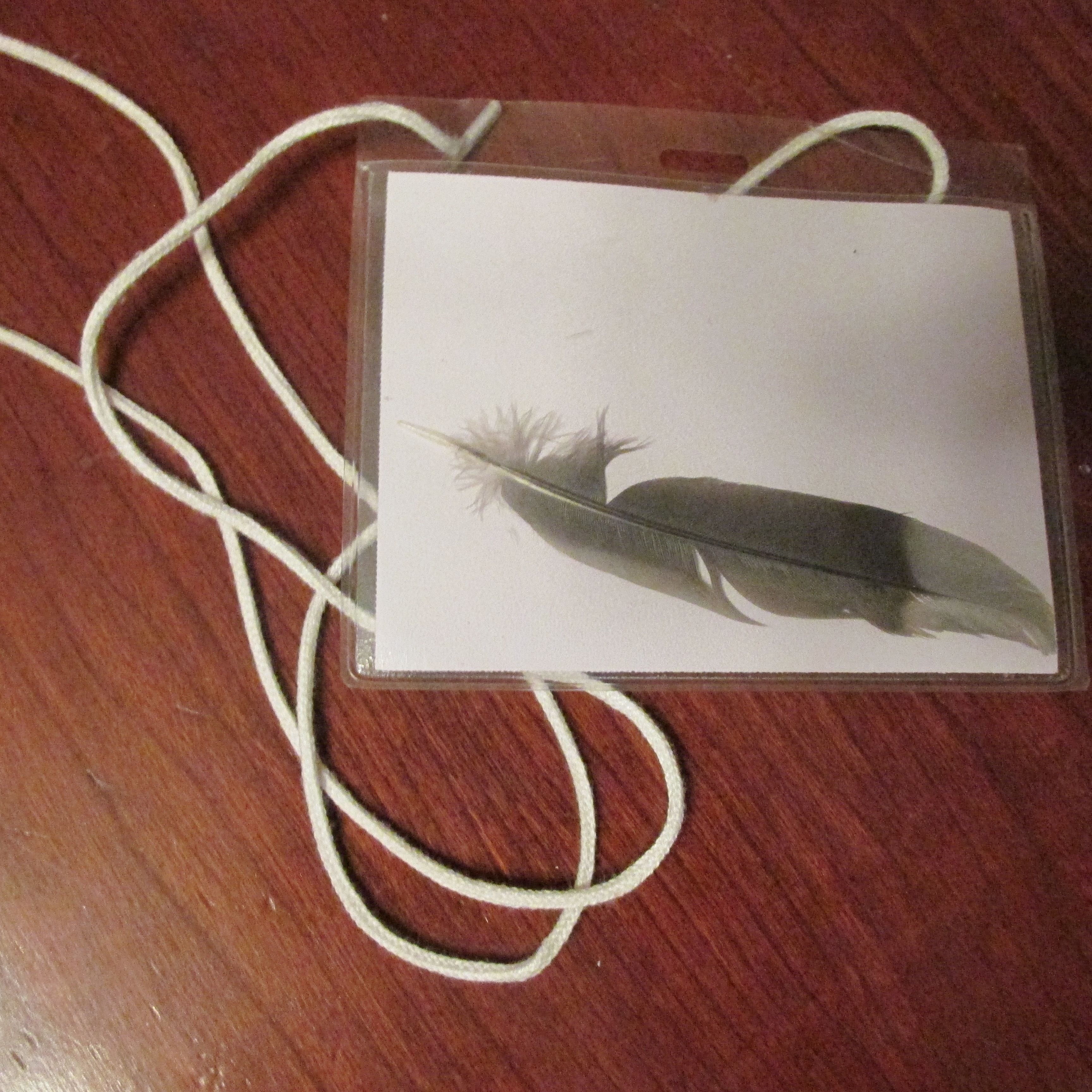 All around me in the half-light of thirty thousand feet, people abandon themselves to sleep: mouths slack as babies’, heads lolled back. A brown-skinned woman in a pale turban dozes under an airline blanket that in this light is startling persimmon-gold. A child curls across two seats, pink headphones clamped against her silky hair. My tall young seatmate offers me some M&Ms and rejoices with me about exit-row leg room. Here we are together in this space between places, all going somewhere. Even in our sleep, we’re flying.

I’m coming home from the Bread Loaf/Orion Environmental Writers’ Conference, which has given me, among so many other things, the most transformative workshop experience I’ve ever had. Nine strangers and leader Craig Childs and I brought a whole new territory into life by going there together, and now it’s a place on my mental map as real as Oak Bowery, Alabama or Eldorado, Iowa or the alley leading up to Samuel Johnson’s house in London, where my students and I watched a red fox trot into the dark. Around a table in the Bread Loaf library (where I discovered Stanley Elkin’s Searches and Seizures and Rick Bass’s A Thousand Deer and the amazing Miguel Hernandez), we discussed each others’ nonfiction projects by following Craig’s first code: writing is about being vulnerable, willing to put yourself out there so you can take the reader too. And in laughter and – yes – tears, we did. Sharon, Jess, Isaac, Mila, William, Stephanie, Christine, Rose, and Jenna. We’ve jokingly renamed ourselves “Childs’ Children,” and we are a family by now, one that, to borrow Deborah Eisenberg’s line, was out there waiting for all of us to come to it. “Keep these people in your head, in this circle, when you write,” Craig advised, “from here on out, and write to them.” I will.

Oh, yeah — about those tears. On Friday morning, my turn came to get feedback on the introduction of my book manuscript, The Hands-On Life: How to Wake Yourself Up and Save The World. Readers of the Cheapskate have seen a lot of chunks of it already, and know how despite myself I can default to stiff-necked rant rather than the compassionate curiosity of story. But story, of course, is where vulnerable me comes in.  And there’s the rub.  Of course, good surgeons all, the group asked me what experience illustrates “what this book is really about” for me.  My mind flashed straight to the scene I’d buried in Chapter Two.  I described it, stammering.  And then I clapped my hands to my face and cried.  My friends waited with me, let me be.  “If you can talk through tears,” Sharon offered, “we can listen through tears.” And they did.  When we were finished, I had pages of yellow-legal-pad notes and my friends had damp spots on their shirts where they’d hugged me and asked if I was ok.  I was.  I am.

But the real work wasn’t finished.  After lunch Christine and Jess and I walked to the bookstore.  On the patio outside, they found a slim blue-gray feather, white-tipped and dark-banded, and held it up.  “Angels!” Jess exclaimed.  “That’s what I always tell my little boy when we find feathers.” And then I saw it, the new first image and scene of my entire book: eagle feathers parted to the roots by wind, as my students and I watch, barely daring to breathe.  [Trust me, there’s a story.] It was all right there.  It’s right here now.  I’ve been scribbling it in airports all day, this deep-tissue lift for my entire project, courtesy of this place and these people who happened to arrive together.  Once again, Deborah Eisenberg (from “Windows”): “Everything that happens is out there waiting for you to come to it.”

Even before learning it was the theme of faculty member Luis Urrea’s craft workshop, all week I’d been inking and re-inking TRUST in big block letters onto the back of my left hand, right over the vein that carries wedding vows into the heart.  It’s no accident that this word follows me this week.  It’s no accident about the feathers, either.  Almost every morning I’d been bird-watching with Orion editor Chip Blake, who’s forgotten more about birds than I will ever know.  Among the things I learned from him: cedar waxwings (so glamorous in dull gold and platinum) get kind of drunk from their favorite food, juniper berries, which are always in some state of fermentation.  You couldn’t have a sweeter writing metaphor than one bright morning’s sight, right next to the inn:  a whole tree working alive with waxwings, hopping and singing and going nuts.  Isn’t that writing at its most glorious and wild and necessary? Staggering around ecstatic in your tree to sing your song?

It was Chip who identified the little feather as a bluejay’s.  I was wearing it inside my nametag last night – last of the conference, too – when William and Isaac and I took our turns reading for three minutes in the barn.  My micro-story was called — I swear I hadn’t planned this — “Wrestling the Angel.”  And I felt such warmth from those assembled there, including shades of the Bread Loaf past we’d seen in David Bain’s slideshow: Ralph Ellison, Eudora Welty, Carson McCullers (who’s from my own home place.) And in a photo of a workshop group with four men and one other woman, around the early 1950s, there’s my friend Elizabeth Spencer, who’s in another book I’m finishing, whose intensity still shines so bright.  From director Michael Collier outward, everyone I met, writers and guests of every plumage and variation, was so warm, so kind and real.

We were moaning that we didn’t want to leave the mountain, and it’s true.  But since we have to, we’re ready for the next work: carrying that cone of green-gold light, that circle of workshop friends’ faces and voices and questions that help you find the voice in you that breaks your writing open, as a young spruce tree, with patience, splits a rock. I pray for the vision to keep slipping knife under skin, to unpeel a Rick Bass-style catfish with a gold watch deep down in its guts.  That’s where the real things are, including the tears, as for Pam Houston’s baby elk with its nose against her cheek, as for Ross Gay’s “Burial” (read it, please), as in Allison Deming’s eloquent pleas to reach through poetry toward science so we can save the world we love.  That’s where the story is, the extravagant curl of river that carries Luis Urrea’s hapless modern Lewis and Clark through an urban wilderness.  And the light’s there, too: Ginger Strand’s rhapsodic harmonies of photograph and word, Craig Childs’ giant Burning Man blazing a hundred feet high in a desert where stone weapon-points thousands of years old still dot the shores of a vanished sea.  It’s in the heart, like the great heart of Scott Russell Sanders, whose every sentence makes me say Amen.

I’m writing this by hand in my scruffy red notebook on the plane, seatbelt fastened.  The pilot’s just observed, in that casual pilot-way, that there may be “some weather” up ahead. Or there may not.  On the other side of it, I’ll land back in my life at home, where all the distractions are.  But the spell of that green and gold light up on the mountain, the helpless, joyous, perception-renovating  focus that’s kept this pen in my hand more or less straight since 5 am, isn’t broken, and doesn’t feel like it ever will be.  I see story all anew.  Even here.  And here.  And here.  I’ll shine up my book’s most important sentence, because I think I know now what it will be.  I’ll hew to the motto on the T-shirt of the girl across from me: PRAY. HUSTLE. REPEAT.  And to the Bread Loaf / Orion Environmental Writers Conference, its faculty, guests, and staff, and all my friends, I’ll keep on giving thanks. 6 thoughts on “The angels of Bread Loaf.”