Since y’all seemed to like the talked-through bacon and brussels sprouts recipe, here’s one more: creamed pearl onions, a Thanksgiving and Christmas classic from holidays at home that has won new converts up here, where it’s going to a friend’s house this afternoon. (Sorghum sweet potatoes and a hummingbird cake, the Southern- and fruit-infused cousin of carrot cake with cream cheese frosting, are going with it. For the hummingbird cake, I use the recipe from My Mother’s Southern Kitchen by James and Martha Pearl Villas, which is so easy there is absolutely no reason, as some “hummingbird cake” recipes on the Internet suggest, to start with yellow cake mix.  Let’s just not even talk about that.)

Start with five or six jars of these small whole “holland-style” onions – in practice, this usually means taking all the jars the supermarket’s got on the shelf, or, in the South, beginning to hoard them a few months in advance.

Empty the jars into a colander set over a bowl to catch all the juice.  Then empty all the drained onions into a casserole dish that’s large enough to hold them in a layer about an inch and a half thick, leaving a comfortable margin of space, because there’s going to be sauce in there. For me, this is my blue casserole dish about 9.5 inches square all the way around, maybe a little bigger.

Put the juice from the bowl into a medium saucepan and boil it. What you’re after is reducing the juice so you have less liquid but still an onion-y base for the sauce you will make to pour over the onions. You want to end up with about a cup to a cup and a half of liquid.  If you really want to, you can melt some butter in the onion juice, too.  (See one wild and precious life in previous post.)

Just let that onion water boil away and reduce itself down for a little while until you get about a cup to a cup and a half of liquid.  Then take it off the heat and — whisking all the time so it doesn’t clump — shake a tablespoon or two of flour into that hot juice.  Put a little milk or cream in there too. Stir it all together really well and pour it over the onions. You want their little heads and shoulders peeking up like frogs at the edge of a pond but mostly immersed. 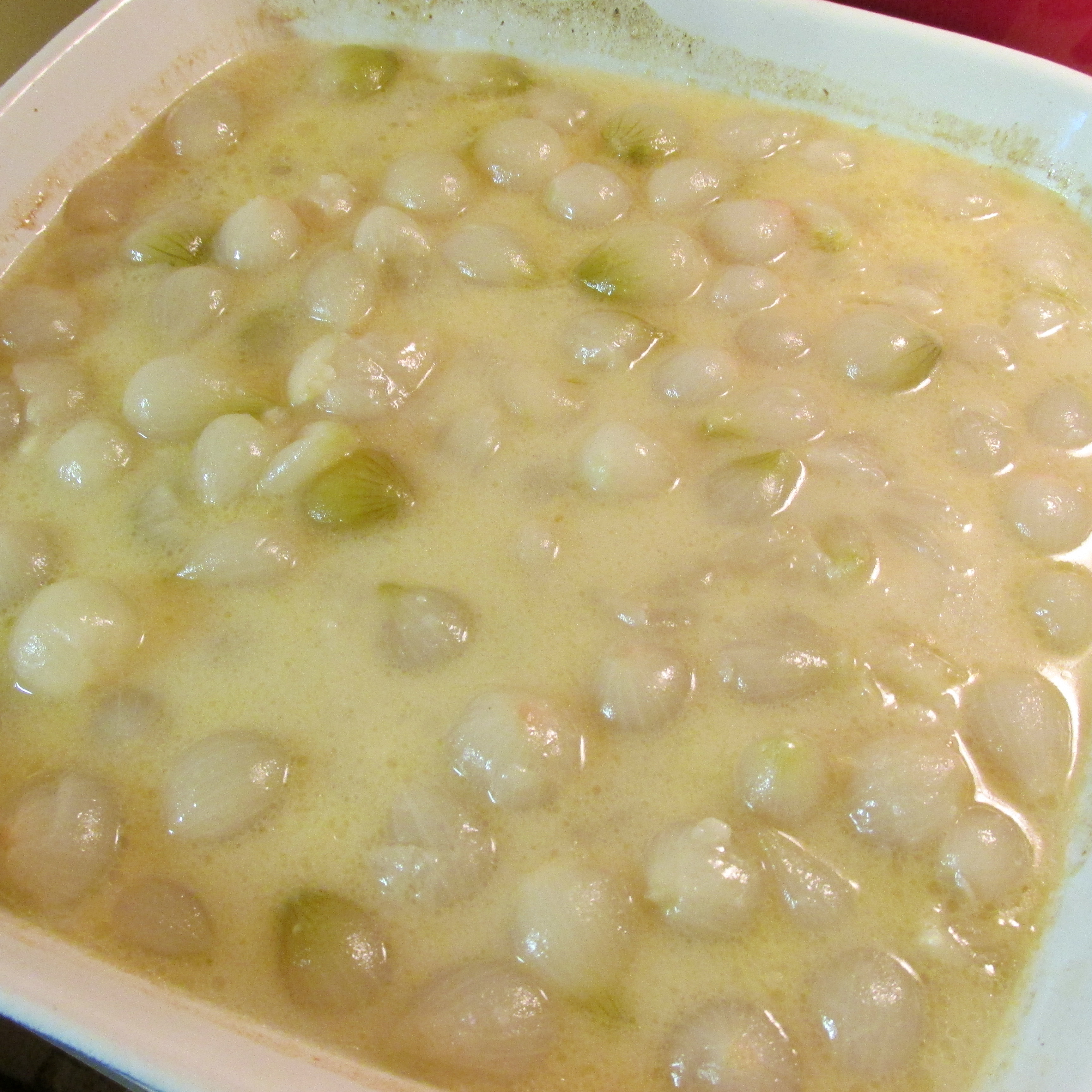 Crush up some Ritz crackers and mix them with some melted butter in a bowl.

Bake the onions at 350 for about ten minutes, or until they get hot and bubbly. Then pull them out, scatter the Ritz crackers over the top, and bake for a few more minutes until everything gets nice and brown, not too crispy or burned. 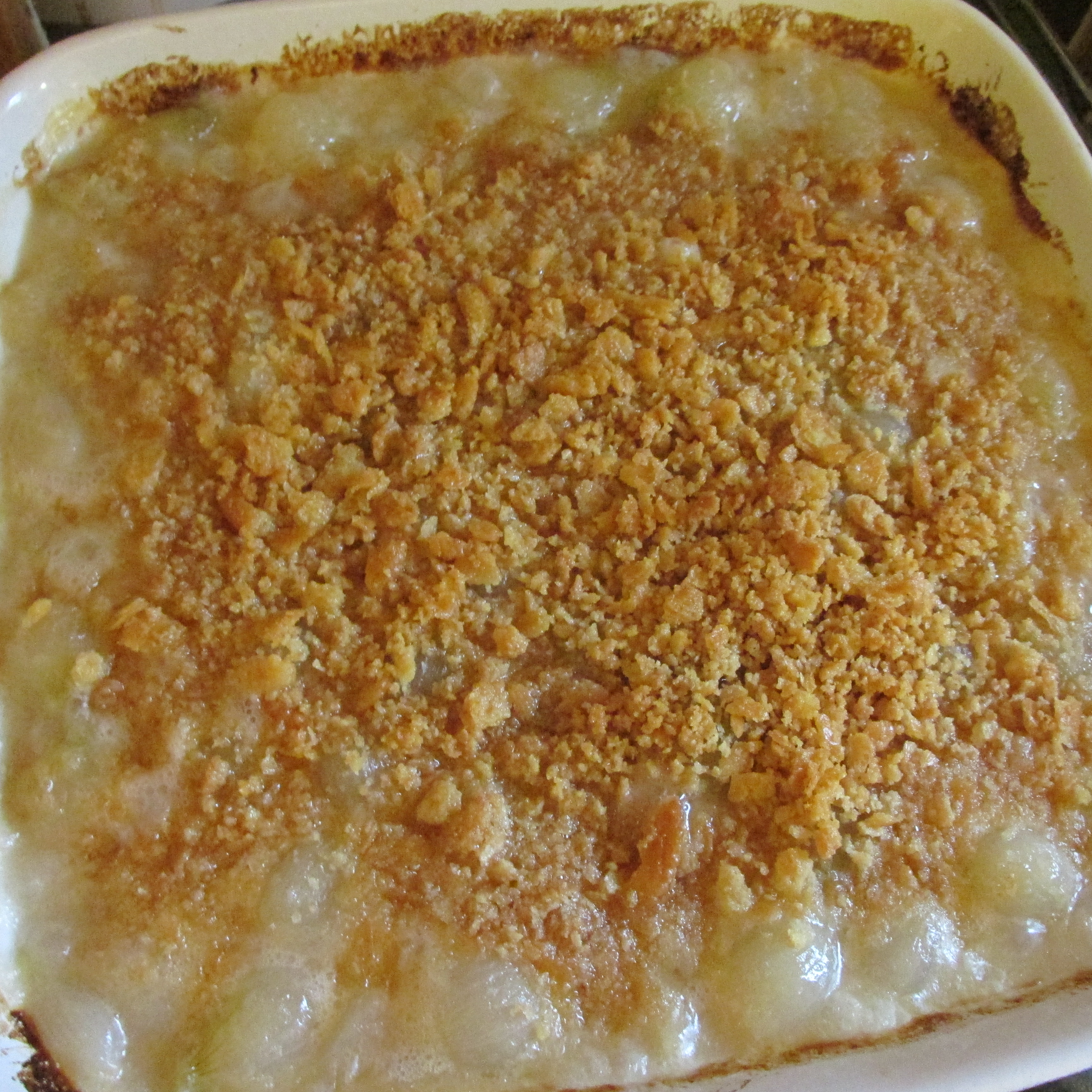 Set it on the table or buffet on top of a nice trivet, because it’s really hot.  Stick a spoon invitingly through the Ritz-cracker crust. And stand back. These creamed onions have been known to provoke strong feelings – including knife-and-fork fencing matches over the last spoonful left in the pan.